Explicit sex, bestiality, rape, murder, snuff – your film deals with a lot of controversial, radical, violent issues. Although, it always seems to talk about a very concrete, dark reality. How much is the film’s narration based in the reality of Post-war Serbia?

Film is socially and politically engaged in context of contemporary Serbia. The consequences of the wars and my growing up in an era when seeing uncensored shots of war atrocities on TV was a normal thing, are obvious. This is a film about the battle between Eros and Tanatos, the forces of Life and Death. That battle is especially interesting within the space of Balkans, where Death is often the one to take over. To me, that darkness is not repelling, it’s attractive. I like those fallen characters and outsiders. That’s why this film doesn’t have exclusively local character. The outsiders are treated pretty much the same in every system. My characters are outcasts, and they are in that same position regardless to the political systems, which come and go. Film also dwells on one of the popular themes here in Serbia – clash between urban and rural Serbia. I have shown that the limits in-between the two are fuzzy and nonexistent. I didn’t want to make a black-and-white movie, I didn’t want to take sides.

Your film is filled with a feeling of urgency in the way it deals with its brutal themes – how personal (maybe even autobiographic?) a project was this for you?

What is it exactly that fascinates you about the theme of pornography and draws you towards this topic again, now for a fictional feature film?

Even though your film never loses its connection to reality, it is not only a realistic film, but also clearly marked as an “art movie”. What are you most important cinematic influences?

My film is socially and politically engaged, but I wanted to run away from the Balkans film cliché, where you have that only, nothing else. I took up to the challenge of connecting the domestic black wave tradition from the late ’60s – early ‘70s (Jovan Jovanovic, Zilnik, Pavlovic , Makavejev …) with the elements from contemporary Japanese horror film, American b-horror, films of Paul Morrissey, John Waters and Jodorowsky. I think it’s one interesting blend. I wanted to see how camp functions in the black wave mud. Japanese director Takashi Miike has to be mentioned here, as well as his film Visitor Q. He’s one of the most important artists in the film history and one of the most successful investigators in the field of sex and violence in cinematography. Another one is Serbian director Joca Jovanovic, author of the film Healthy and young like a rose, that has been bunkered in 1971. That movie is punk before punk was even defined.

How did you find the actors willing to give so much for the film?

Luckily, it’s a low-budget film, so I didn’t need that much money. The budget was around 140 000 euro. That modest a budget was in some ways in coordination with the esthetics of the film and it helped it loads. Consciously imposed production limitations, the problems linked with them and guerilla ways didn’t harm the outcome, but completely the opposite…For the kind of film this is, extreme and all, it’s hard to find sponsorships in Serbia, and I don’t believe the situation is much better around Europe. The only way to do it was to get the State funding. I had that luck, since that jury was pretty independent in deciding (which is extremely rare in our country), and also, the success of my previous film, Made in Serbia, helped me a lot during their decision process.

As far as I understand, the film was produced with the help of official film funding. How did that happen, and how much did the officials try to intervent in the process of film making?

There were no interventions during the shooting and editing, but there were some trap-attempts at the end. When I asked the Ministry of culture for the money for postproduction, the adviser of the minister of culture, our renown director Goran Markovic, intervened, and made it impossible for the film to be transferred to film. He didn’t understand the film and declared he couldn’t sleep after my movie and that he was disgusted. Provincial reaction, what can I say. But, the award Nebojsa Djukelic at the Belgrade film festival and the numerous glorious critiques, as well as my letter to the minister of culture, produced the change of the climate, so I got the money after all. I was also backed by our famous directors Joca Jovanovic, Zelimir Zilnik and Srdjan Dragojevic, who don’t find that kind of east-european-policeman-before-the-wall-fell thinking familiar, so it meant a lot for my eventual victory.

And how were the reactions when they saw the finished film?

The answer is in previous question.

It was shown at the numerous foreign festivals: in Stockholm, Amsterdam, Ravenna, Pucheon *South Korea), Berlin, etc…In Ravenna, we’ve received the special award of the jury. Reactions vary from country to country. In Serbia, part of the audience always leaves the theater when the violent scenes begin. Now, the film is pretty infamous, so they come prepared and the viewers are the chosen ones. In South Korea (Pucheon Fantasy Film Festival), no one left. Very polite audience . Korean society is traditional and conservative. They don’t mind extreme violence, but they’re shocked by the explicit scenes of sex, they don’t like it. I’ve come to the conclusion: the more they hush down, hide Eros, the more, on the other side, it comes out in form of Tanatos, the violence and its bizarre quality. That’s why Korean films are so explicit when it comes to violence. At that festival, the selectors who backed my film and its promotion to the great extent, helped me a lot. In Amsterdam, where people live in cute houses made of chocolate, fifteen people or so went out at the first sign of violence. That continued during the “snuff” scenes. The ones that stayed until the end loved the film. Takashi Miike had a similar experience at the screening of his film Audition at the Rotterdam film festival. He warned the audience in advance: to the middle of the film, they will enjoy a nice, harmless story of a lonesome widower, but then, when the bizarre extremisms take place, they will start leaving their seats. That’s exactly what happened. Around the middle of the film, they started leaving the theater in large groups. I liked the reaction at the Berlin Porn film festival the most. Just to clear it out, one shoudn’t be prejudiced, it’s a serious festival dealing in artistic approach to pornography and eroticism, and takes place in a 100 years old theater. The director of the festival, Jurgen Bruning, is a producer of all the films of one of the greatest world-known underground authors, Bruce LaBruce. That’s where very serious audience, tired of clichés and in need of new stuff in film and willing to lose their mental and creative naiveté, gathers. Berlin is a real, great cultural center, ready to grasp and understand everything. I’m delighted by that city.

What are your further plans with the film? Do you think it will be possible to have it released theatrically?

The theater distribution in Serbia is taking place as we speak, it has lasted for two months already. Film is shown from the two copies only (since we didn’t have any more money), and it’s showing in late terms. By the end of December, it should start in theatres in our neighbour Croatia as well. About the rest of the Europe and the world, I don’t know yet. Some negotiations have been taking place, so we’ll se… 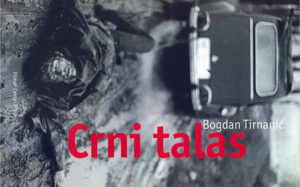 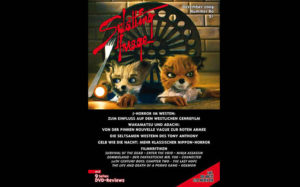