Filmske radosti (Radisa Cvetkovic): THINGS WORTH WEEPING FOR gives us a very interesting story about a girl in her 30s and her struggle with her boyfriend, a job, family. The whole film we are between sympathy for the main characters and some kind of misunderstanding (maybe even judgemental). How was it for when you presented at markets (pitching forums) this not so typical drama-comedy? What was the tactic?

CG: This project was developed and shot in the framework of the National Film Institute Hungary’s „Inkubator“, a support scheme for debuts. For a fixed low budget and a limited time frame 5 projects are given the opportunity to be shot each year. We won the support back in 2018. We did do a pitch there, but we didn’t travel to markets, everything happened quite fast. We started writing it in 2017, and we were already shooting by spring 2019. Indeed, for a distributor, the genre of the film might be mixed, and harder to place. But pitching it and speaking about it to the audience was a real pleasure. The film combines comedy and drama in a very organic way, I feel, rather close to how it is in real life. I felt the audience listening to our pitch finds it easy to connect to Maja’s problems. Everyone who has a little bit of self irony or any self-doubt, will understand what’s the chore of the problem we’re tackling in the film. So we didn’t need any tactic. We were just honest. And it had quite a therapeutic effect on us, I think.

FR: The topics and problems in movies seems was remade from a collage of some authentic stories behind which stands a strong and creative female film crew. Is there any truth in that? Did the director, screenwriter and you work together before?

CG: The crew was a happy mix of debutants combined with professionals who have been working in the film industry for many decades. It was mostly composed from people I had worked with before, like editor Anna Meller, production manager Vera Vodal, costume designer Agnes Bobor and set designer Zoltan Gelsi- we all worked together previously on short films. I also met our lead actress Nora Rainer-Micsinyei while casting for another short. But then producer Judit Stalter brought to the team filmmakers whom she knew and trusted they would fit the project. It was a very well working blend, with people with various experiences empowering each other as they bring this film to life.

Indeed, many of our key members were female, but it wasn’t their gender that got them this collaboration, but their skill and match with the project.

FR: This is low budget film even though it doesn’t seem like it. How did you manage to cope with financial difficulties and how did the situation with the pandemic disturb you?

CG: We had a very tight budget (around 300 k euros, counting the Hungarian tax incentive as well), indeed, but perhaps it’s not such a huge drawback for a debut. I was testing out limits and possibilities, and I feel that with the help of Judit, our producer and Vera, the production manager the film really maximized all possibilities. The pandemic started the minute we finished the film. So it was in the box for quite a while, with more and more films gathering to premiere somehwere, the uncertainty of where we will premiere it became quite stressful. We waited for a year and a half, and eventually we had a beautiful red carpet premiere in Sarajevo, with more than 10 people from our crew attending. It was everyone’s first travel after a long time of lockdown and pandemic restrictions. It was a joyful moment for all of us, I can say.

FR: It seems to me that the charm this movie has can reach a certain profile of the audience. Festival life is still going on. Have you had any unusual or funny questions in communication with the audience?

CG: I am really happy to see that a year after the film’s release, we are still traveling with it. We had many enthusiastic responses about it. A young man at a screening abroad was very shy about his english, so he showed me a translated message on his phone, where he was telling me how touched he was about this story, that he finally feels seen, and that HE IS Maja! 🙂 Also, at the Bosphorus film festival an entire class from university came to the screening, liked the film, so they wanted a picture with myself and Nora. I was very touched!

FRL: If I’m not mistaken, the film was on the Mubi platform as well as on Netflix, right? It is really a success for a debut feature. What is the plan for this film after all this? Do you have some interesting making of materials? 🙂

CG: At this point the film has been out there for quite a while, going to festivals who have heard or seen the film at previous festivals. So in a way the film is now going its on way naturally, with the Film Institute keeping track of its appearances. The plan is to keep bringing it to audiences as much as possible. We are getting ready to travel to Berlin with Nora to Collegium Hungaricum, to present the film there. At such events, it’s meeting the audience that I look forward to the most. It’s such a reward to see the film reflected through people’s view.

FR: Whats your experience with the European Film Festival Palic? Did you liked the atmosphere?This is your first time on this festival?

CG: Although I wasn’t there myself, I was really happy the film was invited to the side programme of Palic. I’ve been following the festival for some quite years, and it seems to be bringing quality arthouse cinema to local regional audiences, so it was a compliment to be included in the festival. This is a great entertainment and educative tool! I wish my hometown in Romania (Arad) had such a festival!

FR: What are your future plans? Are you preparing some new projects?

CG: I am just finishing a film called „Ordinary Failures“, a Czech-Hungarian-Italian-Slovak film which is set to premiere at the Venice Biennale’s „Giornate degli Autori“ section. We’re getting readh for the world premiere on September 5th, so keep your fingers crossed for us! 🙂 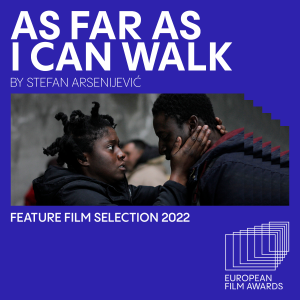